All the pleasure of drinking an exceptional beer without restrictions. Non-alcoholic Super Bock is manufactured from a unique and exclusive dealcoholisation process, which retains its genuine flavour of an authentic beer.

Non-alcoholic Super Bock is our more avant garde beer. Produced following Unicer’s century-old brewing tradition and in the framework of modern technology. We produce the wort, similar to that of Super Bock but we mould the brewing temperature so that the mitigation limit is lower (i.e., smaller amount of fermentable sugars). We have also combined a smaller quantity of hops (making it less bitter). Super Bock’s yeast ferments this particular wort thus yielding alcohol. This is removed in a distillation column and separated from the beer. We can thus achieve an alcohol content of less than or equal to 0.5% vol.

The dealcoholisation process of these beers, in addition to not being interrupted in its fermentation phase, allows retention of flavours and other essential characteristics of the beer.

Semi-precious gemstone, misleading because it has the appearance of a beer, yet without the alcohol. Delicate.
Sparkling beer engraved in gold, with a white, creamy and consistent dome. Fresh, fruity and cereal aroma, light as watercolour. In the mouth it produces a sweet palate, with good acidity, some bitter notes but refreshing.
“This is the beer that needs to be another in order to be itself”
Mia Couto 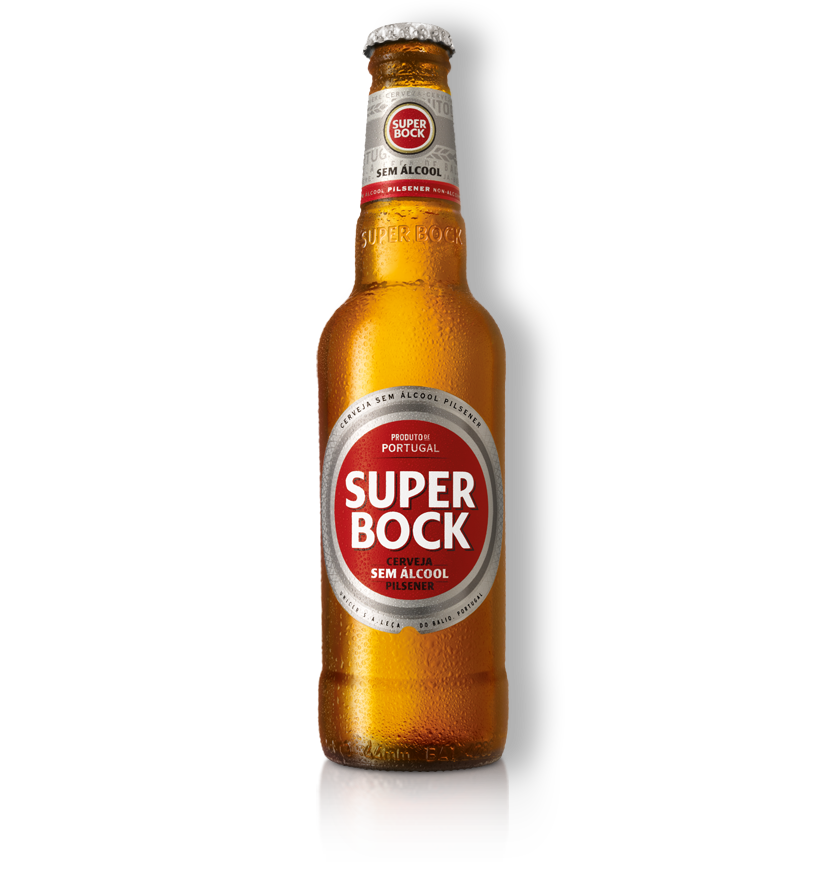 Palate in the mouth